The Best Fishing Kayak For Big Guys: Kayak For The Manliest Fishermen

The Best Fishing Kayak For Big Guys: Kayak For The Manliest Fishermen

Top Tips For Canoeing With Kids | Don’t Canoe With Kids If You Can’T Follow This!!!

Top Tips For Canoeing With Kids | Don’t Canoe With Kids If You Can’T Follow This!!!

Canoe Vs Kayak Which Should You Choose?

Canoe Vs Kayak Which Should You Choose?

Are You Looking For The Best Adventurous Kayak Magazines? – Read on

Are You Looking For The Best Adventurous Kayak Magazines? – Read on 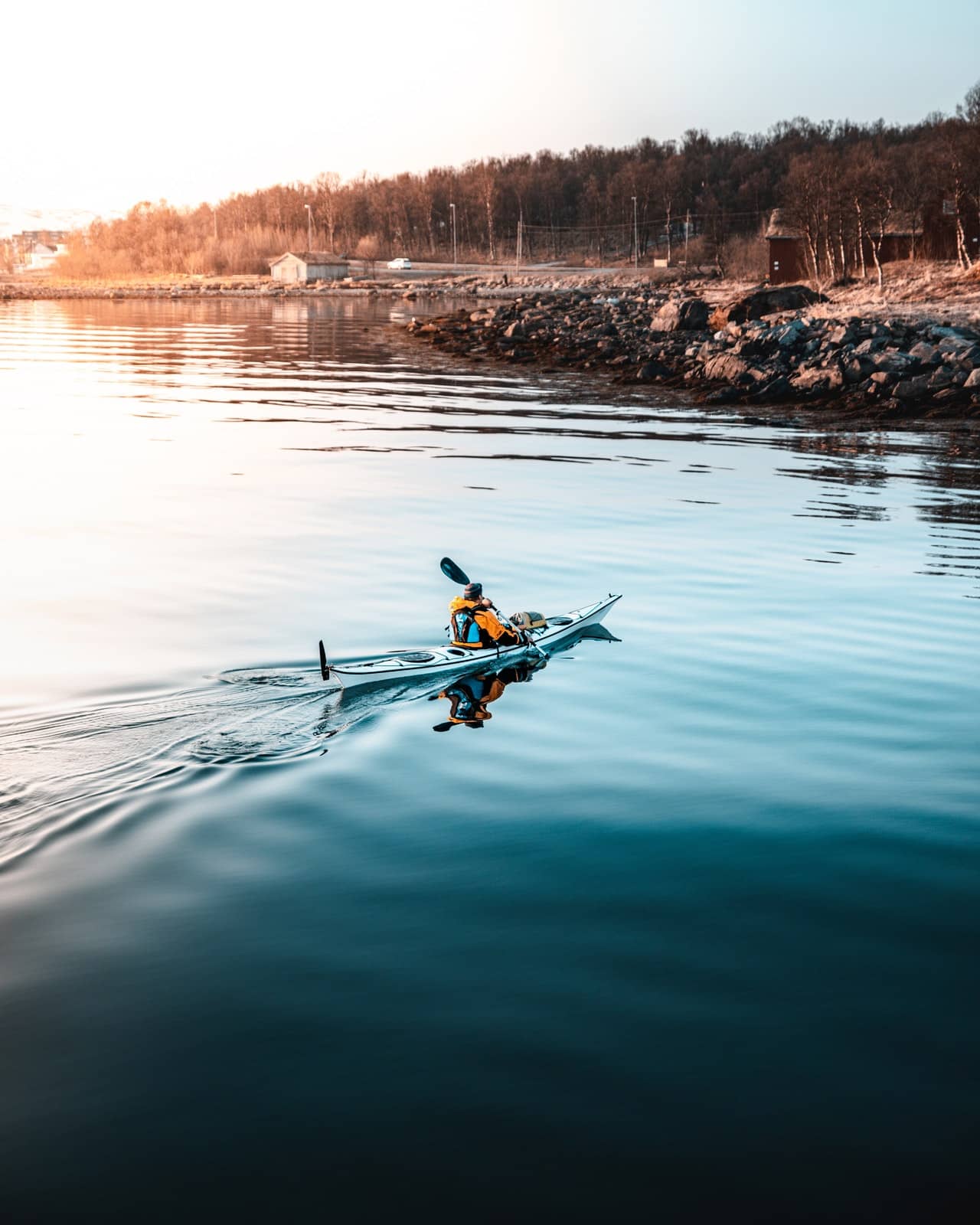 Taking extra care of the hands is very important for kayak anglers. Though the kayak has rod holders to keep fishing rods in place while you’re waiting for the fish to take the bait, you’ll still be the one to reel it in. Put, catching a large fish mostly relies on how you use your hands in tandem with the fishing rod.

Paddling is fine if you’re kayak fishing on a small water body, such as a stream. However, it will tire your hands when you’re kayak fishing in lakes, seas, and rivers. Having fatigued hands is terrible. You’ll find it hard to hold the rod efficiently and maintain posture as the fish struggles to get free.

Are Kayak Trolling Motor and Outboard Motor The Same?

Firstly, a kayak trolling motor is smaller and non-bulky compared to an outboard motor. Usually, all outboard motors are significant because it has a large engine, a gearbox, and propeller. Furthermore, it might have additional parts such as tank and oil storage. In contrast, kayak trolling motors are relatively small because they use an electric engine and propeller.

How To Choose The Best Kayak Trolling Motor?

Input the term “kayak trolling motor” in any search engines, and you’ll be flooded with many choices. The sad part about this is that most websites don’t give a lot of information about choosing the best one. That said, read everything in this section because I’ll be explaining the considerations when choosing between various trolling motors for the kayak.

Trust That You Have To Think About Thrust

In a nutshell, thrust is something that describes a kayak trolling motor’s capacity to make the kayak move. You may call this torque, power output, or power gauge. Usually, experts recommend that the minimum thrust of a right kayak trolling motor is 30 pounds and runs 5 miles per hour. However, I recommend making a 60-pound thrust and 10 miles per hour speed as the minimum to ensure smooth travel even if the kayak is fully loaded.

Ask Yourself. “Where Should I Mount?”

A kayak trolling motor may sit at the bow or transom of the kayak. Before buying, think about where you’ll install it first. Installing at the bow allows for more speed. On the other hand, installing at the transom provides more comfortable steering.

Also, the design of a kayak trolling motor might vary depending on the mounting location. For example, a trolling motor for the transom might come with additional parts.

Don’t Forget About The Propeller.

The propeller of the kayak trolling motor also determines speed and stability, aside from its electric motor. When choosing, I recommend focusing on trolling motors with propellers that may be easily installed or uninstalled. Also, try to emphasize the blades for this will be useful. For instance, propellers with large blades are fast but won’t do well for kayak fishing on shallow waters. In contrast, propellers with small bladers won’t do well on deep lakes and rapid rivers.

First, you have to transfer the kayak on a raised platform. You won’t have to do any transfers if your kayak is already sitting on a kayak stand. If you don’t have a kayak stand, you may opt to get a long wooden plank and set it high. Afterward, place your kayak to get started.

Place the battery box on the back or in front of the seat. The wires that connect the battery to the kayak trolling motor should be on the cockpit’s sides.

Next is the circuit breaker. I recommend that you use a small one since you can put it on the seat’s left side.

Test if the kayak trolling motor works perfectly. You may watch this video to see my instructions firsthand.

A kayak trolling motor is what you need for cruising in your fishing kayak without getting tired. It’s a better option than a small outboard motor because it’s environment friendly, quiet, and easy to maintain. Furthermore, you can also install a trolling motor without anyone’s help. That said, you should get a kayak trolling motor if you’re low on budget but brimming with excitement for a wonderful kayak fishing experience.